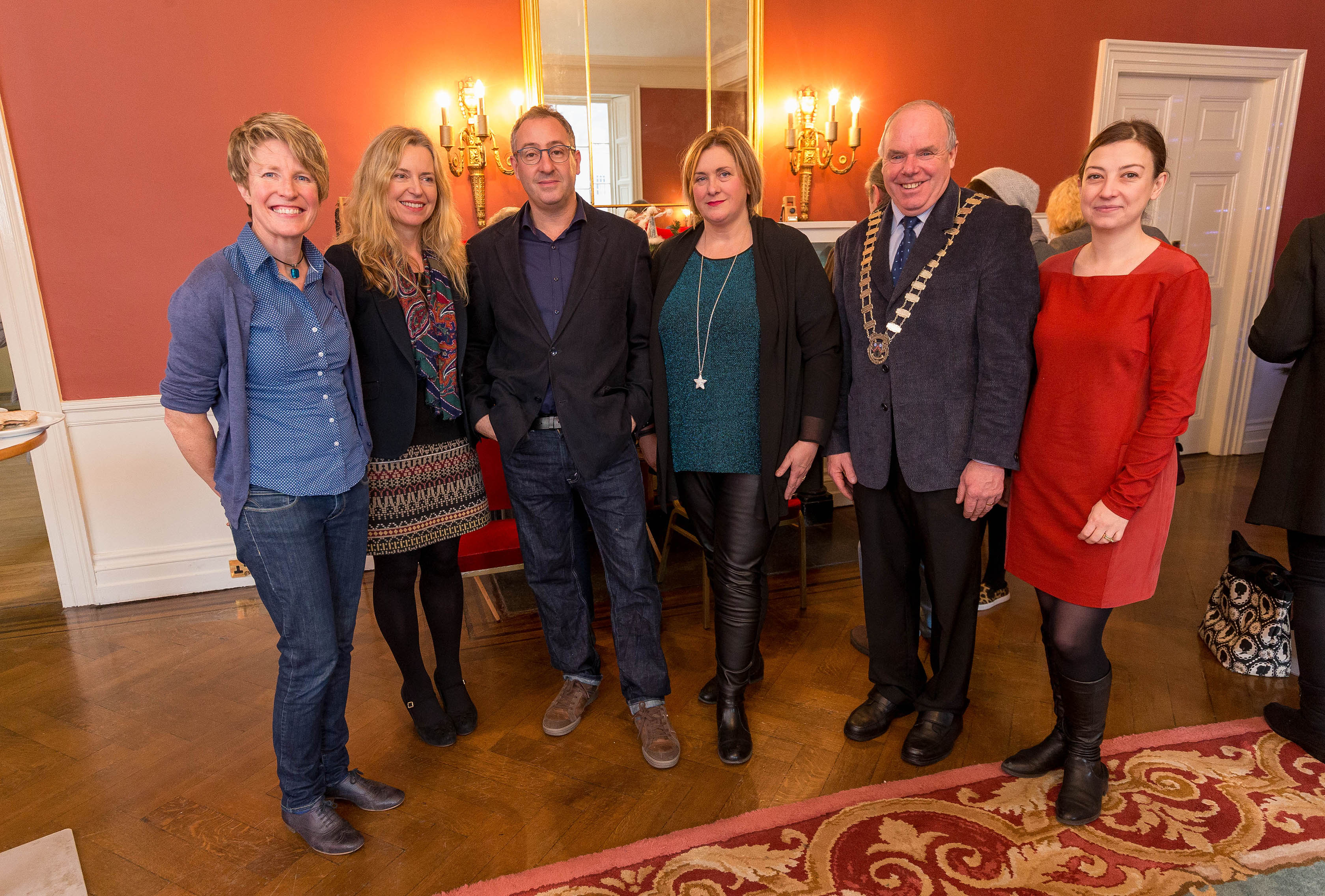 Pictured at IMMA in Kilmainham Dublin at the launch of a catalogue and film documentary of “Sitting a Portrait Project” by artist Nick Miller.  Miller painted 34 portraits over the period of a week in July 2014 during his residency at the Laois Arthouse.

Making up the majority of these images were 32 watercolours each of which had a strict timeframe of one hour.